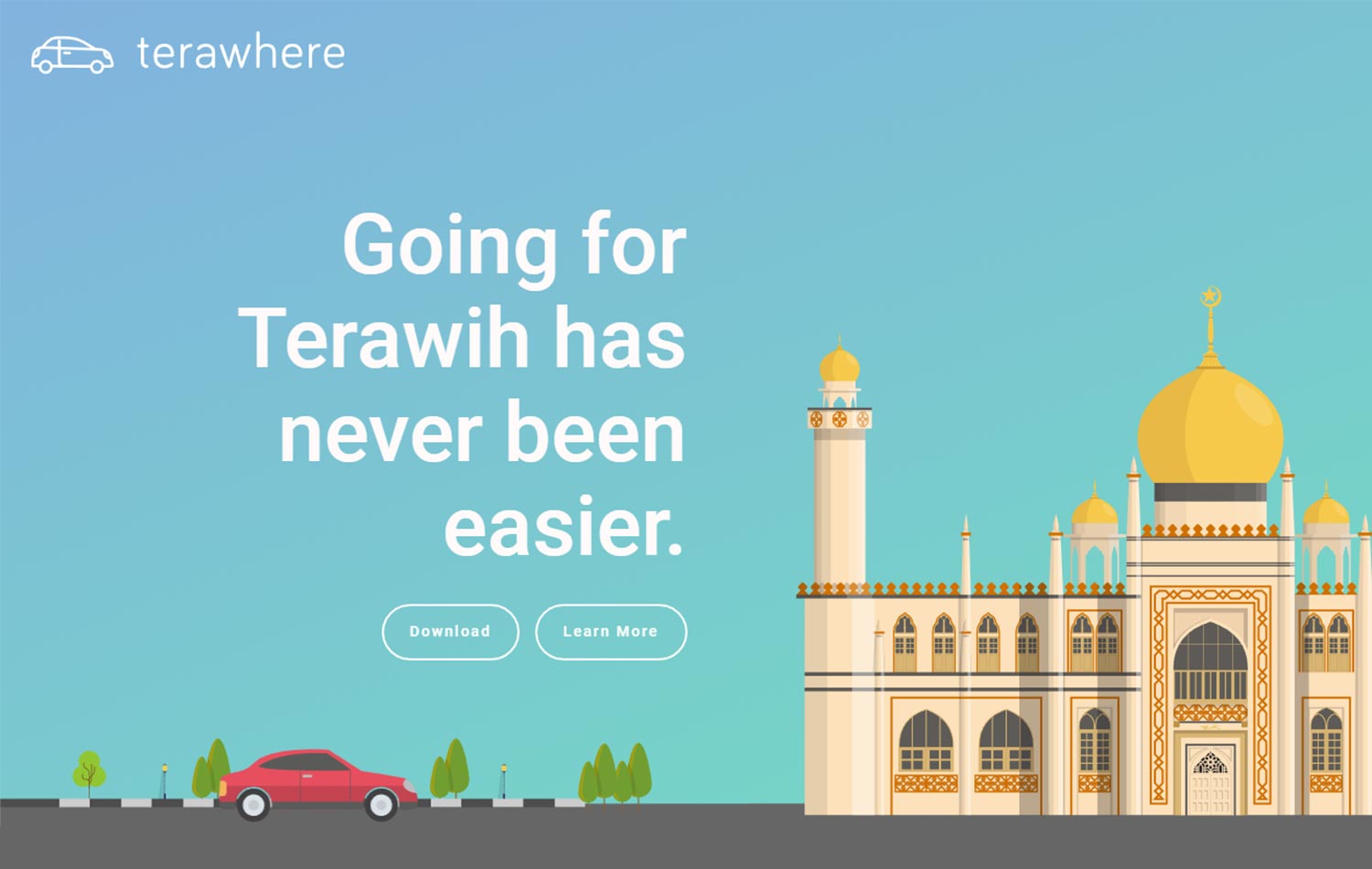 Reaching the mosque on time for evening Terawih prayers in the month of Ramadan can sometimes be a challenge. There's limited time between breaking the fast and the Terawih prayers and it coincides with the peak period on the public transport.

Terawhere is a non-profit ride-sharing app that would allow people to carpool with other fellow mosque-goers for Tarawih prayers every evening. The mobile app name is a wordplay combining "Terawih" and "Where", making it easily recognisable for our target users

My Role and Tools Used

I was involved in the art direction and Android mobile UI designs. 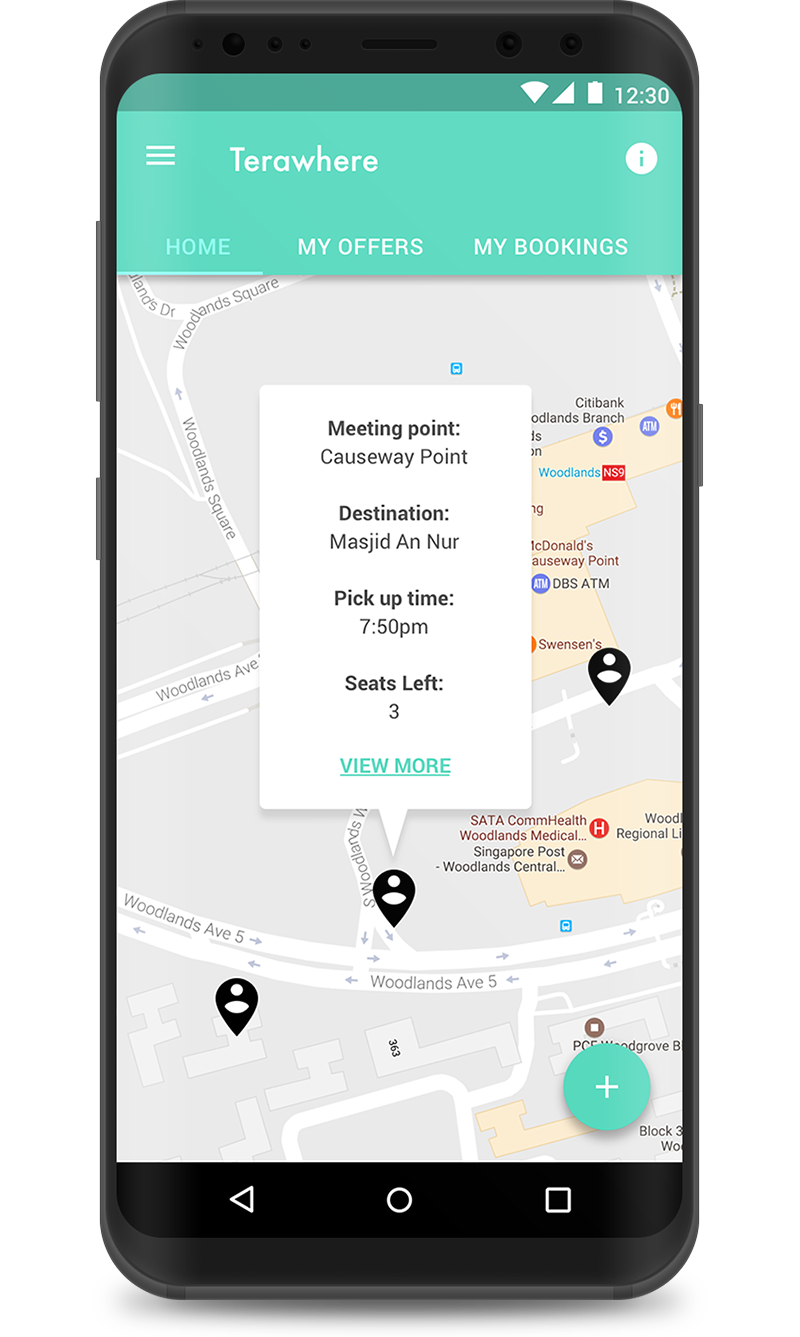 Mosque-goers can see a map indicating available offers and book the ones they are interested in.

This app began as a casual project that was intended for the team to learn from each other and explore new ideas. It ended up gaining a lot of attention from the media, both regionally (Berita Harian, Straits Times, TODAY, NUS News, Vulcan Post, Tech Wire Asia) and internationally (Motherboard - Vice). The initial Facebook social media campaign has reached over 100,000 people and has generated over 2,000 likes. About 500 people have provided Terawhere with their email address to indicate interest in using the app.

Due to the amount of publicity received, we felt obliged to deliver the app despite it being a casual project on an extremely tight timeline of less than one month. To release the app on time, our team had to make it easier for the engineers by sticking to the native Android UI layout and combining both types of users (riders and drivers) in one app. While the app is relatively simple to use with only a few pages and flows, we didn't conduct any usability testing with our target audience. This was a mistake on our part as we never got to find out if the app was truly user friendly or not.

Furthermore, the app did not receive many users during its release. While our team identified a pain point that was an extension of our own experiences, we did not conduct proper market research prior to building the product to understand if our target users truly struggled to reach the mosque on time for Terawih prayers. It turns out the positive publicity in the media is not necessarily a reflection of whether our target users see our app as a viable solution. After all, there are various solutions to the problem, one of it is to carry out the Terawih prayers in one's own home.

However, since we did not conduct user and market research prior to building the app, or usability testing while building the app, it's difficult for us to figure out the factors behind the low app adoption. From this outcome, I learned the importance of conducting market and user research before, during and after a product's release.